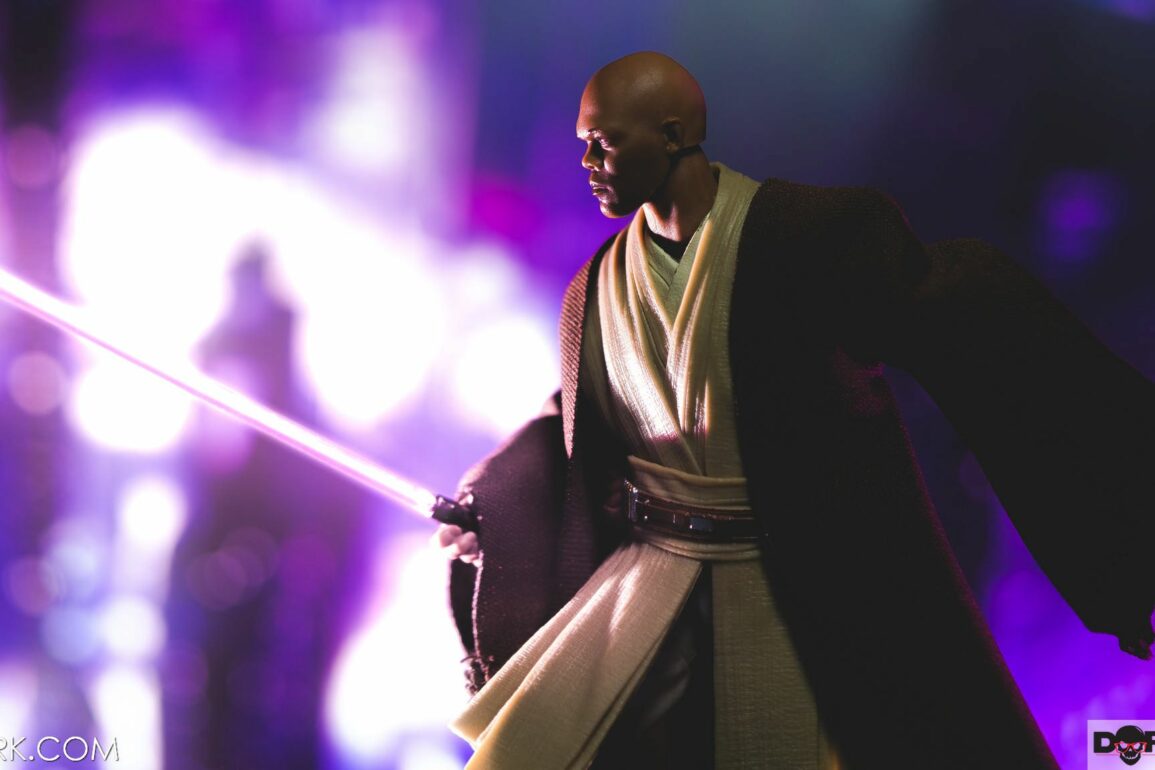 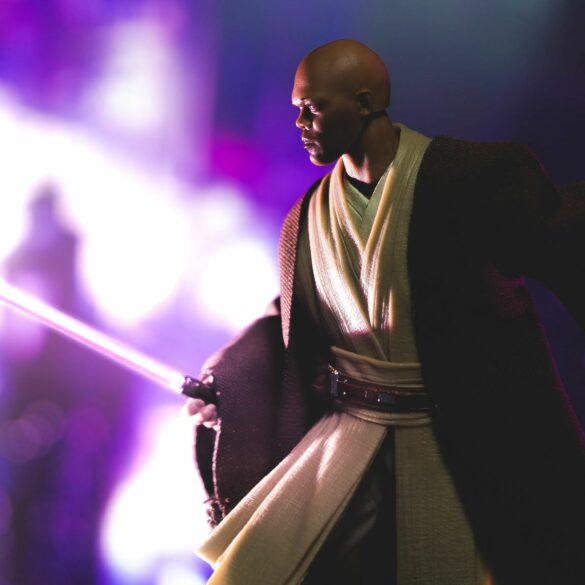 What Does a Purple Lightsaber Mean?

Home
Sabers
What Does a Purple Lightsaber Mean?

Purple Lightsaber Meaning – What is their true meaning in Star Wars?

The color purple has been associated with royalty for centuries. It can also symbolize wisdom, mystery, wealth, power, and even death. In the ancient language, purple is an adjective that describes something beautiful. Purple is also associated with nobility, majesty, and kingship. People who love beauty and luxury often choose purple lightsabers. This may explain why purple lightsabers are so rare among Jedi.  Vanity, luxury, and status are not often sought after from a Jedi.

As mentioned in my Ultimate Saber Guide! article, the color of a lightsaber is a reflection of the user’s personal attributes and force alignment.  Accepting that, and given the popular associations with the color purple listed above, It makes sense that purple would not be common among the Jedi.

The color purple is also found in religious ceremonies, weddings, and funerals. It is difficult to offer a “true” meaning to purple lightsabers in the Star Wars Universe as what is and is not considered canon seems to be changing and shifting often these days.

When did we first see the Purple Lightsaber?

The first time we see Mace Windu use his purple lightsaber is during the Battle of Geonosis in Episode II: Attack of the Clones when he faces off against Jango Fett. Mace uses his purple saber in a way unlike any other Jedi has done before or since. He will often move around the battlefield more aggressively than any other Jedi to get into position for maximum damage. And once he does, he’ll always go straight for the killing blow, not bothering to parry or block anything else. This combat style is called “Vaapad” (or Vaptan) and will be discussed more in-depth later in the article.

What does the purple lightsaber signify?

It depends on whom you ask. The Jedi Order has never really cared much about colors to begin with, so they don’t have a tradition nor policy regarding them. But some people do think there is a deep significance behind every single color of lightsaber.  It also depends on whether or not you want an explanation that is strictly canonical or one that also includes the Expanded Universe. I decided to include both because they each have different pros and cons.

In the Canon series, Mace Windu’s purple saber is symbolic of his unique style of fighting. His style is called Vaapad or Vaptan, which means ‘striking’ or ‘hitting’. He doesn’t try to avoid getting hit by enemies and instead tries to attack whenever possible. He is a master at doing this and is able to take down many opponents without taking any serious damage himself.

This style of fighting is a little bit like martial arts but without all the rules and forms. Instead, it focuses on speed, technique, and skill. You’d need to watch him fight to understand exactly how he fights and why.

How Mace Windu Got His Purple Lightsaber

It’s been speculated by many fans that Mace Windu may have had some sort of connection to the dark side. Mace Windu was a Jedi Master who trained under Yoda after his first master fell to the dark side. He was also one of the most powerful Jedi ever known. His weapon of choice was a purple lightsaber.

The lightsaber we see him with in the prequel films is actually his second lightsaber.  It was crafted with the highest standards of precision, polished in electrum with golden highlights.  It was not only a deadly weapon, but also a work of art and a symbol of his status as both a revered warrior and as a senior member of the Jedi High Council. The amethyst-colored blade served as warning to adversaries that the Jedi Order’s greatest champion was ready to battle.

In reality, the lightsaber’s color was chosen by Samuel L. Jackson, the actor who portrayed Mace Windu in the films.  According to Jackson Windu was “the second baddest Jedi in the universe” and deserved a weapon that made him stand out from the crowd, especially during the chaos of the Battle of Geonosis scenes in Episode II: Attack of the Clones. Rumor has it that Jackson had his saber hilt customized with a special engraving. I won’t write here what is supposedly says, but for you Pulp Fiction fans out there it’s the same thing thats written on Jules’ wallet.

Of course this reason would not be enough for the fans to simply accept, so writers creating conten for the Expanded Universe provided a more canonical explanation for Windu’s unique lightsaber color.  It has a lot to do with his combat style and its connection with the dark side.

Vaapad and the Purple Lightsaber

Vaapad is a rare combat style used by Mace Windu.  It is rare because it requires the Jedi to connect with and somewhat embrace the dark side of the Force.  This can be a very slippery slope.  Windu’s first master who taught him this technique turned to the dark side, and an apprentice whom Mace tried to train in this technique also went to the dark side.  Read What is the Force & How it Works article for in-depth info the Force.

Vaapad is as aggressive and powerful as its namesake, but its power comes at great risk; immersion in Vaapad opens the gates that restrain one’s inner darkness. To use Vaapad, a Jedi must allow himself to enjoy the fight; he must give himself over to the thrill of battle. The rush of winning. Vaapad is a path that leads through the penumbra of the dark side.

Mace Windu was one of only two know Jedi Masters to successfully embrace Vaapad without either completely turning to dark side or simply going crazy.  This balance that he achieved resulted in his iconic purple lightsaber.