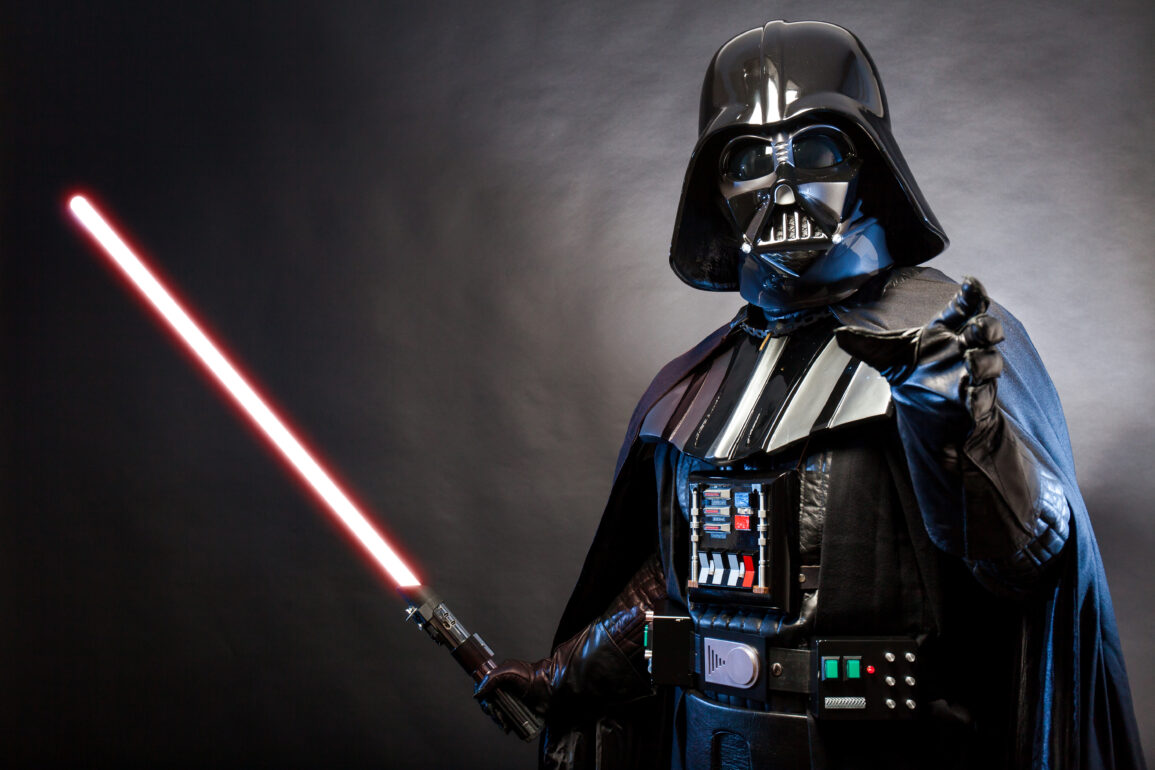 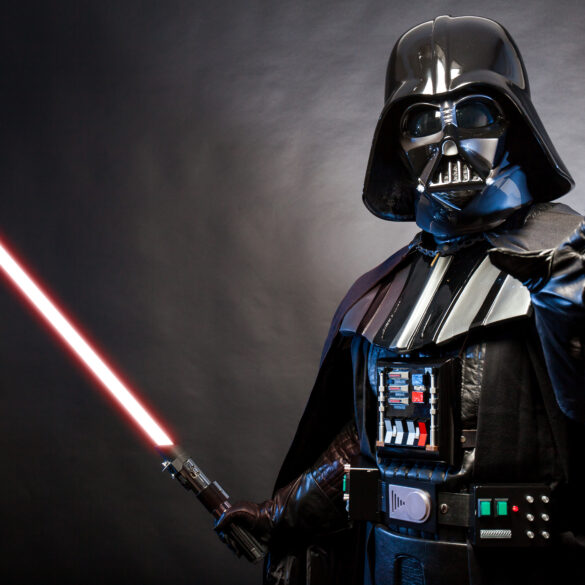 What is the difference between blue and green lightsabers? How did Luke Skywalker get his lightsaber? Is Darth Vader really a Sith Lord? Find out these answers and more in our Ultimate Saber Guide!

Star Wars has become one of the biggest movie franchises in history, spawning countless spinoffs and sequels. The Star Wars universe features iconic characters from the original trilogy such as Han Solo, Princess Leia, Luke Skywalker, Darth Vader, and Chewbacca; not to mention some of the new fan favorites such as Ashoka Tano, Rex, and Din Djarin (aka Mando).

Fans of the franchise have spent decades debating on the details behind the story lines, and what is still considered canon.There’s a lot of misinformation about the meaning of saber colors in Star Wars. In this guide, we’ll explain what each color means and how they relate to the Force.

What does the Color of a Lightsaber symbolize?

The color of a lightsaber represents the Force, a mystical energy field that surrounds all living things. A Jedi uses the power of the Force to protect others, while a Sith uses the dark side of the Force to destroy others and hoard power.

A lightsaber is a type of weapon used by Jedi Knights, Sith, and unaligned Force users alike. It is an energy blade powered by kyber crystals, and the color represents the alignment of user’s mind with the Force.  For example, red represents passion while blue signifies wisdom.

How many different lightsaber colors are there?

There are seven different color families for lightsabers (eight if you count the Darksaber), which include red, green, blue, yellow, orange, purple, and white. While the color of a lightsaber has no effect on how powerful it is, but it does tell you something about its user.

Why do Jedi have different lightsaber colors?

A Jedi’s lightsaber color depends on his or her Force sensitivity and how it aligns with personal attributes. Dark side users are generally all motivated by passion and a desire for power, which is why Sith generally all have red lightsabers.  Some Sith, like Darth Revan for example, have had sabers in colors other than red, like purple or orange.  The color typically does not stray too far from red though.

Light side users like Jedi can be motivated by variety of things, such as the desire to be a protector, a teacher, a peacekeeper, or a warrior. Therefore, their lightsabers will have a wider color variety than that of the Sith.

Green and blue and by far the most common lightsaber colors for Jedi Knights, but they can break from that trend.  Mace Windu is known for his purple saber, and Jedi Guardians typically wield yellow or orange sabers.

What determines a Jedi’s lightsaber color?

A lightsaber’s color comes from energy flowing through the kyber crystal in the core of the hilt.  This energy flows into the blade when the hilt is activated. When the blade is deactivated, the energy dissipates back into the hilt.

In order to determine a Jedi’s lightsaber color, we must first understand the relationship between the Force and the color spectrum. The Force is an invisible energy field that permeates everything, including space and time. It exists everywhere and affects everyone. The Force is also present within every living thing, and it influences people based on their personality traits.

Because the Force is so vast and omnipresent, it cannot be seen directly. Instead, it manifests itself in the form of physical objects called “signatures.” These signatures represent certain aspects of the Force, such as light, dark, life, death, etc. A lightsaber is one of these signatures, and each lightsaber reflects the signature of the user.

How Are Lightsabers Made?

Jedi (and Sith) make their own lightsabers.  They use a combination of engineering and the Force to create their lightsabers. The physics behind the blade is quite complicated, but when combined with the mystical properties of the Force, the energy released from the blades creates and incredible weapon. A Jedi makes his or her lightsaber by hand (and with the Force).

In the Jedi Order it is a right of passage for each young padawan to construct their first saber.  Each hilt is unique, one-of-a-kind, and often reflects something about its builder.

What Are Kyber Crystals?

Kyber crystals are the main energy source for lightsabers. The amount of power depends on the size of the crystal. When you activate a lightsaber, the crystal core releases the energy stored within it into the blade, creating a surge of light.

Kyber is an extremely rare, expensive mineral.  In fact, Kyber was used to power the main (planet destroying) weapon on the Death Star, which in a way makes the Death Star one gigantic lightsaber.

The heart of the lightsaber is the Kyber crystal core.  Not only does the crystal determine how powerful the saber is, but it also acts as a conduit for the Force, allowing it to become an extension of its wielder.  A good example of this is Kylo Ren.  Kylo is filled with rage and inner conflict, and you’ll notice that the blades of his saber are shaky, not smooth, and with sparks floating around them.

Another great example of this relationship is with Din Djarin (Mando) and the Darksaber.  Djarin, being untrained in the force, has difficulty wielding this weapon.  The more he tries to control it, the heavier it feels and the more it fights him.  His lack of knowledge of the Force is preventing him from forming a “bond” with the Kyber crystal core.

In the ancient language of the Galactic Republic, ‘red’ is an adjective describing something that inspires passion. Red is also associated with anger, rage, bloodlust, war, aggression, and violence. People with strong passions often wield red lightsabers. These individuals are passionate warriors who seek out conflict and battle. Jedi rarely wield a red saber, as their training dictates that they subdue their passions and seek out balance.

In the ancient language, ‘green’ is an adjective that describes anything alive. Green is similar to the color of plants and trees. It is commonly associated with growing things. Those who follow the path of peace believe in protecting and nurturing other beings, which is why greens usually prefer to use non-lethal weapons. Their lightsabers may not even be visible and are usually only used as a last resort.

Blue is an emotionless color, unlike any other color. It is the color of calmness, tranquility, serenity, and truth. Some people find this color soothing because it reminds them of the sky. Others associate it with water, oceans, and healing waters. Since it is emotionless, it is better suited for someone who wants to meditate or focus on inner strength.

Yellow is an energizing color. It is associated with warmth and happiness. People with warm personalities and sunny dispositions tend to favor yellow lightsabers. Yellow is also associated with the sun, sunlight, fire, and gold. It is considered the most positive color available.

Purple is the color of royalty. In the ancient language, purple is an adjective that describes something beautiful. Purple is also associated with nobility, majesty, mystery, kingship, and royalty. People who love beauty and luxury often choose purple lightsabers.

White is the color of purity. It is the color associated with the moon and snow. White is the purest color of all. Many consider white to be the perfect neutral color. It is the only color that does not reflect your emotions.  Note that Ashoka wields white sabers after leaving the Jedi Order, because at that point she was more neutral.  No longer aligned with the Jedi, and certainly not with the Sith either.

The black lightsaber, also known as a Darksaber, was created by Tarre Vizsla, the first Mandalorian ever inducted into the Jedi Order. There is only one Darksaber in existence, and it is said that whoever wields it will be the ruler of all Mandalore.  Black is often associated with death, which is appropriate for the Darksaber, given the fate of Mandalore.

This lightsaber color seems to correlate with extreme strength. This might be because bronze is the metal of choice for armor. Bronze can also mean good luck or prosperity. Bronzes are very powerful fighters. They are capable of using their saber skills effectively against many opponents at once.

Grey is an unemotional color. It is the best fit for those who want to remain detached from others. It is similar to the white saber, but for users who are more detached from the Force but still seek power and influence. Grey lightsabers are usually wielded by diplomats or military leaders.

Harmony is the opposite of chaos. Silver is associated with harmony, balance, and equality. Silver is a peaceful color, but some people feel a little uneasy when they see it.

Brown is a natural earthy color. It’s like a combination of green and tan. It is the color most closely associated with nature. Brown is a fairly common color used by both men and women.

Orange is a bright, energetic color. It is the opposite of brown. Orange lightsabers are usually associated with speed and agility.

Pink is the color of purity. Pink is seen as a feminine color. Pink is believed to bring out a person’s gentler side.

The rarest lightsaber color would be black, or otherwise known as the Darksaber.  There is only one in existence. The Darksaber originates from an old Mandalorian legend.  It was created by Tarre Vizsla, the first Mandalorian ever inducted into the Jedi Order. Upon Tarre’s death, the Darksaber was kept on display in the Jedi Temple on Coruscant.

When war broke out between the Mandalorians and the Jedi, it was stolen from the temple by members of House Vizsla.  It was passed down from generation to generation in House Vizsla, ultimately falling in outsiders’ hands due to the destruction of Mandalore and a series of wars.  The Darksaber found itself in the possession of two Mandalorian factions; Death Watch and then the Nite Owls.  It fell into Maul’s hands, then those of Imperial Moff Gideon. The Darksaber is currently in the possession of the Mandalorian bounty hunter, Din Djarin.

Who has what Color of Lightsaber?

Black:  There is only one Darksaber, and it has changed hands many times.  It is currently in the possession of Din Djarin, a Mandalorian bounty hunter.