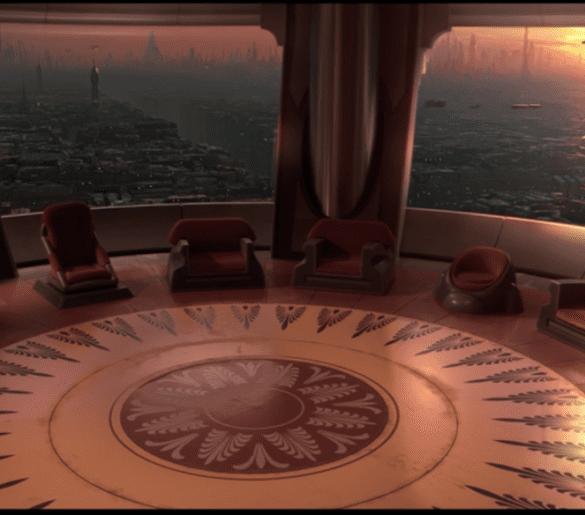 The Structure of the Jedi Order

Home
Star Wars Wisdom
The Structure of the Jedi Order

The Jedi saw themselves as the peace keepers of the galaxy who were governed by a strict, ancient code which states “a Jedi must be selfless, patient, diligent, and determined.” As we’ve seen in films and video games, the Jedi Order was once a huge organization, and the Jedi Temple on Coruscant was like a small city unto itself. Let’s explore the structure of the Jedi Order, and how it operated.

H2: How many Jedi are there?

At the height of the Galactic Republic there were roughly 10,000 active Jedi. This number started to slowly decline over generations due to wars with the Sith, Mandalorians, and an internal conflict as well.

The largest blow to Jedi numbers occurred when Chancellor Palpatine activated Ordered 66 and the clone troops of the Grand Army of the Republic turned on their Jedi leaders. By the end of the Clone Wars the Jedi numbered less than 1500.

The subsequent rise of the Galactic Empire and the Jedi-hunting Inquisitors resulted in the Jedi’s near extinction.

H3: How are they organized?

At its height the Jedi Order was a vast organization, and the Jedi Temple was bustling hub for all Jedi and those that supported them.  To keep organized and functioning efficiently a strict and clear hierarchy was in place.

Although the Jedi did not see themselves as soldiers, their ranking system was quite militaristic in nature.  Each rank came with its own set of responsibilities, expectations, and code of conduct.  They each also had a very specific set of requirements for achieving the next rank.

In addition to this ranking system, there were three distinct types of Jedi in the Order.  Each type fulfilled specific roles.

Let’s take a deeper dive into the organization of the Jedi Order from top to bottom.

H2: What are the ranks of the Jedi Order?

Members of the Jedi Council are considered the highest ranking Jedi, with the exception of the Grand Master who is the acknowledged leader of the entire order (he or she is also a Council Member).  At any given time there are twelve seat on the Council.

A Jedi Master is knight who has achieved an extremely deep understanding of the Force, and who’s skills surpass most.  Although not a formal requirement to achieve the rank of master, many masters have successfully trained at least one padawan that has become a Jedi Knight.

Only about 1 out of every 10 Knights becomes a master.  The vast majority of Jedi Knights remain knights for the rest of their lives.

Jedi Knights are fully trained Padawans that have successfully completed the Jedi Trials, the specifics of which can vary from master to master.  The Council has the authority to promote a Padawan to a Knight at the behest of his or her master without completing the trials if the Padawan has demonstrated abilities and knowledge worthy of the rank.

Additionally, many Jedi are required to construct their own lightsaber before they can earn the rank of Knight.

A Padawan is a former Initiate who is now a pupil of a Jedi Knight or Master.  This is a stage in a Jedi’s life when he or she will begin a much deeper and personalized journey into the ways of the Force.

Jedi Initiates, also referred to as Younglings, are the newest members of the Jedi Order.  Having just begun their journey, they learn the basics of the Force and what it means to be a Jedi in groups or clans.  Once they can demonstrated the basics well, they may be chosen by a Knight or Master to become their Padawan.

The journey of Jedi is vast and complicated.  There are many paths one might take upon entering the Jedi Order, and these can lead to the Jedi becoming part of a particular class as opposed to being a “generalist” Jedi.

Like most Jedi the Consulars were skilled in combat, but preferred enhancing their knowledge of the Force rather than igniting their lightsabers (which tended to have green blades like other sage masters and knights).

Consulars made up the bulk of Temple scholars, often schooling initiates at the beginning of their journeys.  Because of their nature, Consulars were often the preferred choice to serve as diplomats when consulting outside authorities and influencers.

Jedi Guardians focused their training on combat and lightsaber skills.  Throughout Jedi history, Guardians would often take on military roles to support the Republic in times of large-scale conflict.

Due to this warrior nature many Guardians wielded blue lightsabers, however were often surrendered for a standard issued yellow saber as many Guardians joined the ranks of the Jedi Temple Guard.  Check out my article Yellow Lightsaber Meaning for more info on the Temple Guards.

Jedi Sentinels sought to find some sort of balance between the extremes of the Consulars and Guardians by trying to embrace the strengths of each while shedding the weaknesses.

The broad skillset of a Sentinel makes him or her an ideal candidate for broad range of jobs and assignments. It was not uncommon for a Sentinel to find him or herself acting as scout, spy, or saboteur. Although well rounded, Sentinels rarely found themselves amongst the most powerful Jedi.

H2: How does one join the Jedi Order?

The path to becoming a Jedi is a lifelong journey.  One that typically begins at an extremely young age.  With that said, one does not simply send in an application or knock on the front door of the Jedi Temple.  The Jedi Council searches for, identifies, and selects force sensitive children to join the Order. Controversially, these children are taken from their families and then trained in the ways of the Force from a very early age.

Once selected, the child is taken to the Jedi Temple where they undergo extensive training with the Jedi Masters and Consulars. During this time, the child learns how to use his or her abilities to help others. They are taught to control their emotions and focus on the Force. They are given lessons in the Jedi Code, ethics, and philosophy. Finally, they are tested on their ability to perform tasks such as meditation, concentration, and physical endurance. If all goes well, the child will graduate and become a full member of the Jedi Order.

After graduation, the new Jedi must go through another period of training before they are allowed to practice their newly acquired skills. This second phase of training takes place at the Jedi Academy. Here, students learn advanced techniques, tactics, and strategies. They also begin to hone their skills in the art of lightsaber combat.

At some point, groups of students are taken to a planet called Ilum.  This planet is a vergence in the Force and natural nursery for kyber crystals (the heart and soul of a lightsaber).  Here, each youngling will have to locate and acquire a kyber crystal so they can begin lightsaber construction training.

After completing their training, graduates are required to pass several trials. Each trial tests a different aspect of the student’s knowledge and skill set. Some of these include:

Trial of Skill – A test of the student’s mastery of lightsaber combat.

Trial of Knowledge – A test of the students’ knowledge of the Jedi Code, philosophy, and history.

Trial of Meditation – A test of the Jedi’s ability to meditate.

Trial of Concentration – A test of the ability to concentrate.

Trial of Endurance – A test of the strength and stamina of the student.

Upon passing all trials, the student becomes a fully qualified Jedi Knight.

H2: Can Jedi leave the Order?

This is a complicated question since joining the Order is considered a lifelong commitment, and the answer is…it depends.  Youngling Initiates are not permitted to simply leave the Academy and return to their families unless the Council determines that their life’s path is not with the Jedi, and they do not pose as a danger to themselves or others.

Jedi can be expelled from the Order for violating the Jedi Code or falling to the Dark Side.  Ahsoka Tano left the Order on her own, but was initially expelled when she was framed for a serious crime against the Republic.

Experienced Padawans, Knights, and Masters can leave the Order voluntarily if they feel the Jedi Order is no longer in their future, but there are consequences.  They may be treated as outcasts and traitors by former friends and family within the Jedi Order.  If the continue presenting themselves as a Jedi or abuse the abilities and powers they’ve gained as a Jedi, the Council may decide to intervene.

In any case, once someone leaves the Jedi Order, whatever the reason or circumstances, the door closes behind them, and they will not be allow back in.  There are, however, a few extreme circumstances which lead to the Council making an exception to this rule, as with the case of Revan and Ahsoka, but these instances are extremely rare.