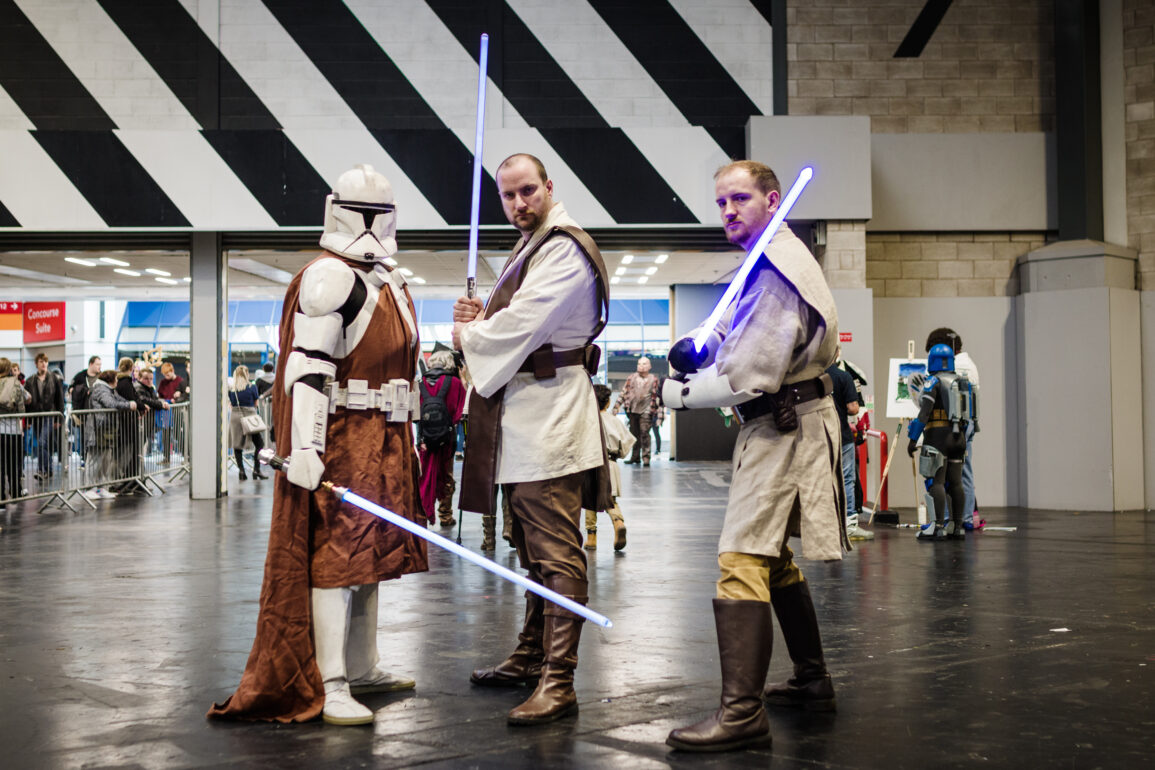 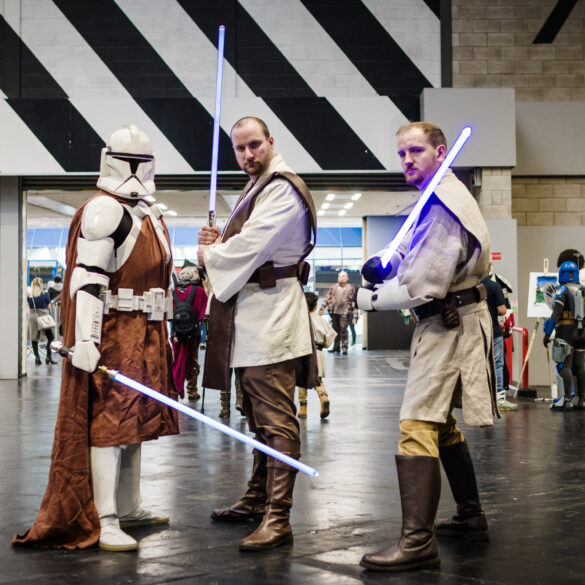 Home
Sabers
What is Cosplay?

Have you ever seen someone walking down the street dressed as a character from their favorite movie or TV show? Chances are, you’ve witnessed cosplay in action. Cosplay is the activity of dressing up as a character from a movie, TV show, comic book, or video game. Some people do it for fun, while others take it more seriously and compete in cosplay contests. So what is cosplay? Let’s take a closer look.

What does cosplay mean?

Cosplay, short for “costume play”, is a performance art where participants wear costumes and accessories to represent a specific character or idea from a movie, anime, manga, video game, comic book, or other form of entertainment. Cosplayers often interact with each other online and in person at conventions and other events. Some cosplayers make their own costumes while others commission them from professional cosplayer seamstresses. The hobby has seen a surge in popularity in recent years thanks to social media and the increasing availability of affordable materials. If you’re curious about cosplay or just want to know more about it, this is the post for you!

What does cosplay stand for?

Cosplay, a portmanteau of the words “costume play”. Cosplayers often interact to create a subculture centered around role play. Cosplay is most commonly associated with manga, anime, and related genres, but it can also be seen in fan cultures for live-action television series, movies, books, and video games. The term “cosplay” was coined in Japan in 1984.

It has been argued that the term “cosplaying” represents an act of appropriation, where aspects of a subculture are adopted by members of the mainstream culture. However, some have argued that cosplay can be a form of cultural exchange, where people from different cultures share elements of their respective cultures with each other. Cosplay has been seen as a way to challenge traditional gender roles, as well as to celebrate diverse body types. Whatever the motivations behind it, cosplay is an activity that is enjoyed by many people around the world.

What is the point of cosplay?

If you’re a cosplayer, collector, or just an enthusiast of the hobby, you’ve likely asked yourself “What is the point of cosplay?” at some point. It can be a daunting and expensive task to put together an amazing costume that will wow everyone at your next convention. So why do it? To answer that question, let’s take a look at what cosplay is and what it can do for you.

Why do people cosplay?

For many people, cosplaying is about more than just putting on a costume. It’s an opportunity to step into the shoes of their favorite characters and to inhabit a world that they love. Cosplayers often invest a great deal of time and money into creating their costumes, and they take great pride in wearing them to conventions and other events. For some, cosplay is simply a fun hobby; for others, it’s a serious passion. Regardless of why someone chooses to cosplay, it’s always enjoyable to see someone’s hard work come to life.

Cosplay first became popular in the 1970s, with the rise of Japanese anime and manga fandom. Today, cosplay communities can be found all over the world, and people of all ages cosplay characters from all kinds of fandoms, including comic books, video games, movies, and more. Many fans dress as their favorite characters for Halloween or other costume parties, but others wear their costumes to conventions dedicated to specific fandoms or genres. No matter where or why someone cosplays, it’s always impressive to see the level of detail and devotion that goes into each costume.

How to: Should you make your costume or buy one?

Why do people cosplay? For some, it’s about showing off their creativity and craftsmanship. For others, it’s about embodying their favorite characters. And for others still, it’s a mix of both. No matter the reason, there’s no doubt that cosplay is a popular hobby. But how do people make cosplay costumes?

There are a few different approaches. Some people prefer to buy ready-made costumes, while others prefer to make their own. Still others like to mix and match, buying some items and making others. Whichever approach you choose, there are a few things to keep in mind.

First, consider why you’re cosplaying. Are you trying to create an exact replica of a character’s outfit? Or are you just going for the general feel? This will help you decide what level of detail to aim for.

Second, think about your budget. Ready-made costumes can be expensive, but they’ll save you time and effort. If you’re on a tight budget, DIY might be the way to go. You can also look for sales and discounts on sites like Amazon and eBay.

Third, think about your own capabilities. Depending on the character or costume you’re going for, you might needs some pretty extensive crafting skills. You may need to know how to sew, work with leather, build substrates, have access to a 3D printer, etc.

Finally, don’t forget that cosplay is supposed to be fun! Don’t put too much pressure on yourself to create the perfect costume. Just have fun and enjoy the process.

How to get into cosplay

Cosplay is a huge part of geek and fan culture. For many, it’s the ultimate way to show their love for their favorite characters and worlds. But starting cosplay can feel daunting – where do you even start? This post will give you some tips on how to get into cosplay, no matter your level of experience.

First, decide why you want to cosplay. Are you doing it for fun or to compete in competitions? If you’re just starting out, it’s probably best to stick with something simple like a Star Wars character. Characters like Han Solo, Luke Skywalker from A New Hope, and Scavenger Rey can be created and customized relatively easily.

Once you have your costume figured out, the next step is to find materials. You can often find what you need at your local craft store, or order online if you need something specific. Then comes the task of putting everything together. This can be tricky, especially if you’re working with a complex design, but there are plenty of resources available to help you out.

Many seasoned cosplayers will use a combination of costume elements they’ve made themselves and ones they’ve purchased. Some will even alter the purchased items and accessories to create an even more custom and unique look to set themselves apart from the pack.

Finally, don’t forget to have fun! Cosplay is all about expressing your love for a character or franchise, so make sure you enjoy the process.