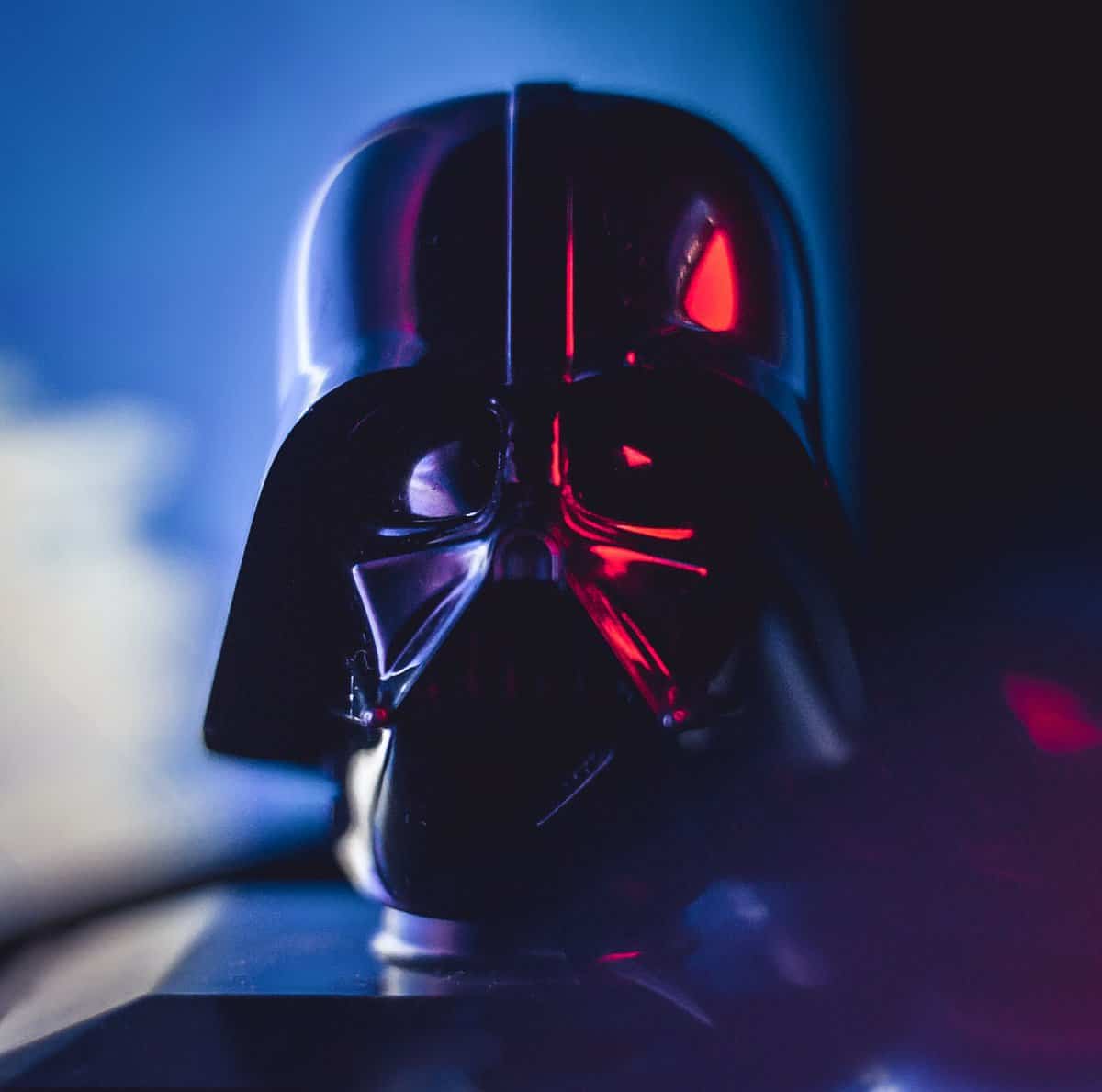 This collection is home to replicas of the sabers wielded by some of most famous Force-users in a galaxy far, far away 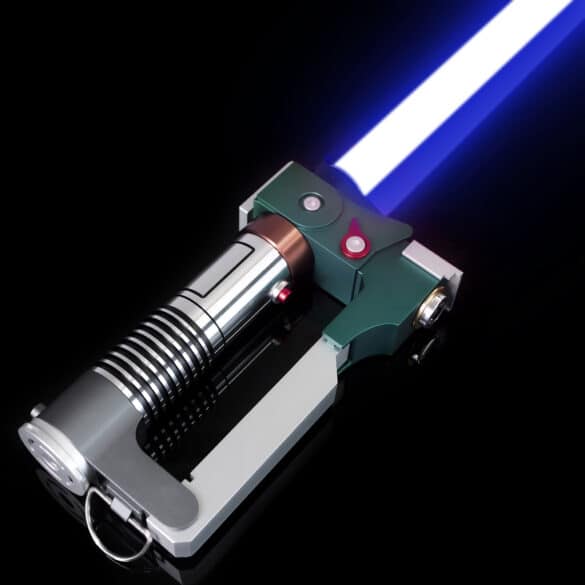 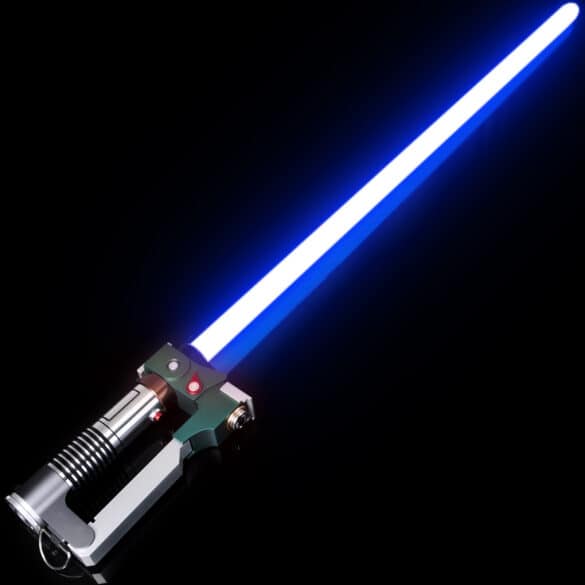 This unique, cutlass-style saber is modeled after that of orphan-turned-unofficial-jedi Ezra Bridger.  Ezra was orphaned on the planet Lothal at a very young age, his parents victims of the Empire.  On Lothal, he would become entangled in the exploits of the Spectre rebel cell, headed by Hera Syndulla and Kanan Jarrus.  Kanan, a former Jedi Padawan and survivor of Order 66, would take Ezra under his wing as an apprentice and teach him in the ways of the Force.  Ezra constructed this cutlass-style saber with a secondary functionality as a blaster. 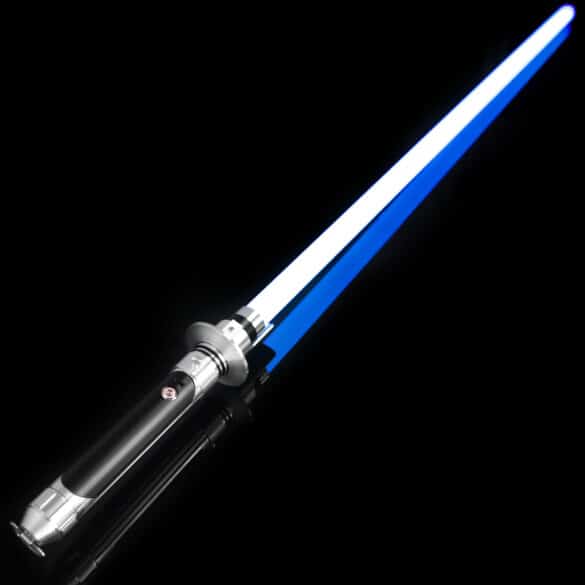 Born Caleb Dume, this padawan escaped a grim fate when Order 66 was executed thanks to a heroic and selfless sacrifice of his master. In order to evade the Imperial Inquisitors, Caleb changed his name to Kanan Jarrus and kept his lightsaber dismantled almost all of the time.  Now a fugitive, Kanan joined a rebel cell known as the Spectres where he would eventually meet a young Ezra Bridger and take him on as an apprentice. This saber is modeled after the one Kanan wielded with expert skill even after he was blinded by a cheap shot in a duel with the rogue, Maul. 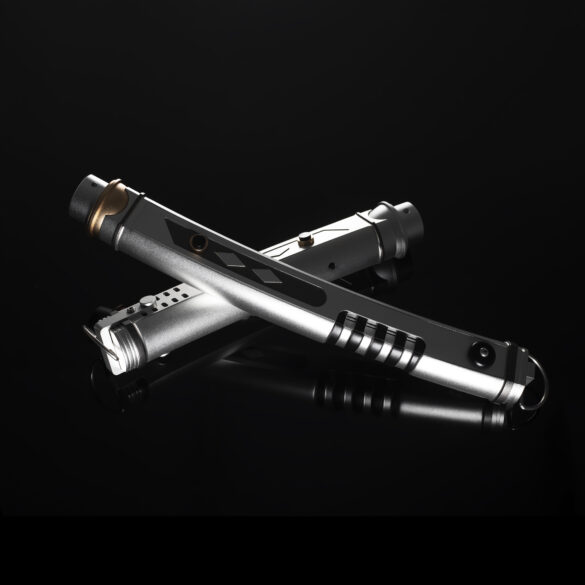 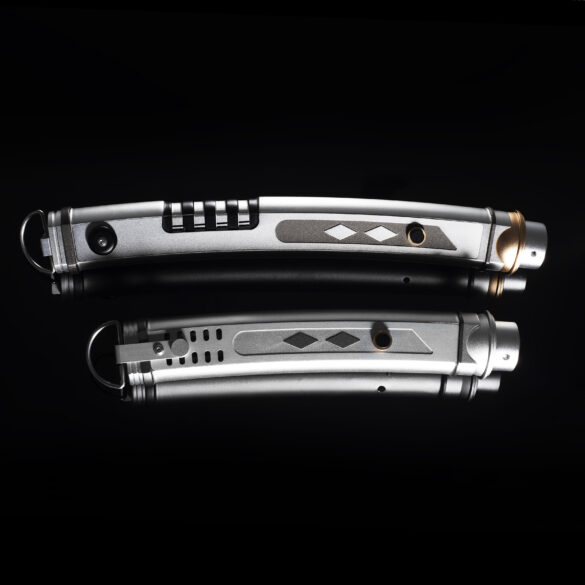 The Ahsoka lightsabers are not only among our finest pieces, but also one of our own personal favorites. It combines the beauty of 2 sabers, and offers an amazing opportunity to own a saber that many will not! This set is modeled after the sabers she constructed after the Clone Wars ended and she ditched her original sabers in effort to fake her death and keep the Empire from hunting her. These are the sabers she used for the duel against Darth Vader, her former master fallen to dark side.

The RGB version comes with a selection of 12 RGB colors as standard. We also sell the superior Pixel blade and premium soundboard for an even more impressive dueling experience. 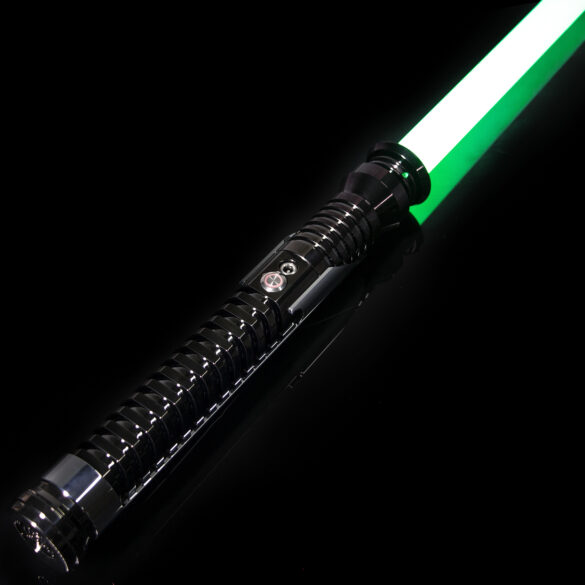 "Having the ability to speak does not make one intelligent."

This is based off Qui-Gon Jinn's lightsaber, and the one he wielded when he fell to Darth Maul on Naboo. After Obi-Wan lost his own saber in that same fight with Maul, he used his master's to finish off the Sith apprentice (or so he thought...). Once Kenobi was able to construct a new lightsaber for himself, he gifted Qui-Gon's to he padawan, Anakin Skywalker, to train with until Anakin was able to construct his own, at which point Master Qui-Gon's saber was finally laid to rest on display at the Jedi Temple. What happened to it after the Jedi Order was destroyed is unknown. 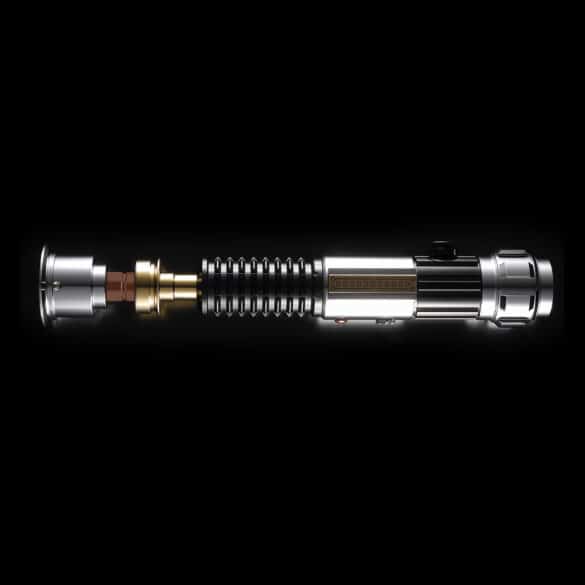 This a redesign of our iconic Kenobi Inspired FX Variant Saber. We've tweaked many of the details, included a more comfortable grip and replaced the existing ignition button with a lower profile version for a more accurate and aesthetically pleasing look. Now, you'll look even better when you have the high ground! 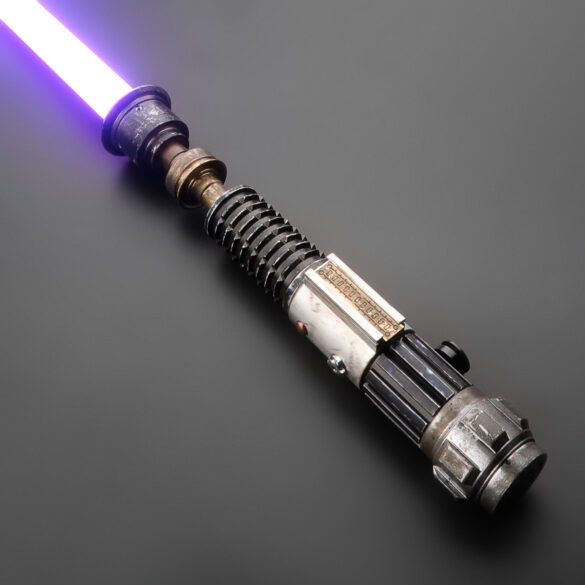 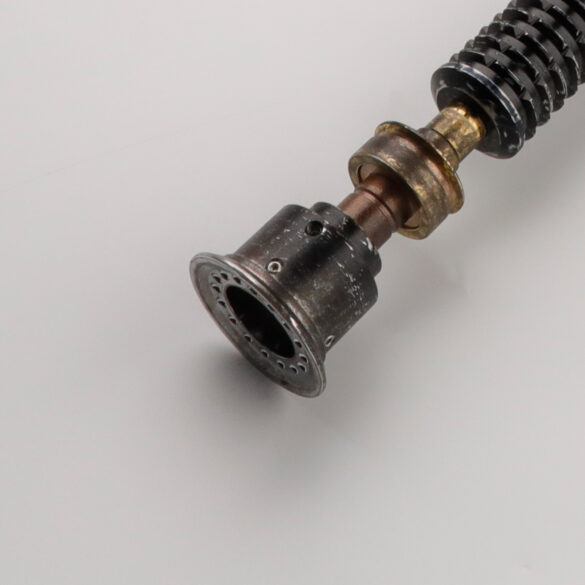 Freshly dug out of the sands of the Dune Sea on Tatooine!  Ben Kenobi may seem like a mere shadow of the charismatic Jedi Master and courageous Republic General he once was, but an old friend has called in a favor.  Ben and his old saber may seem a little rough around the edges, but they will answer the call as they may be Leia's only hope. Features Our sabers are built for dueling… they’re TOUGH! Two sounds modes: “flash on clash” and “blaster” Ultra loud sound and bright light The blade can be removed. Saber RGB or Pixel blades What’s in the box Grub screws USB Charger Manual Aluminum hilt 1x 92cm Blade 1x Hilt 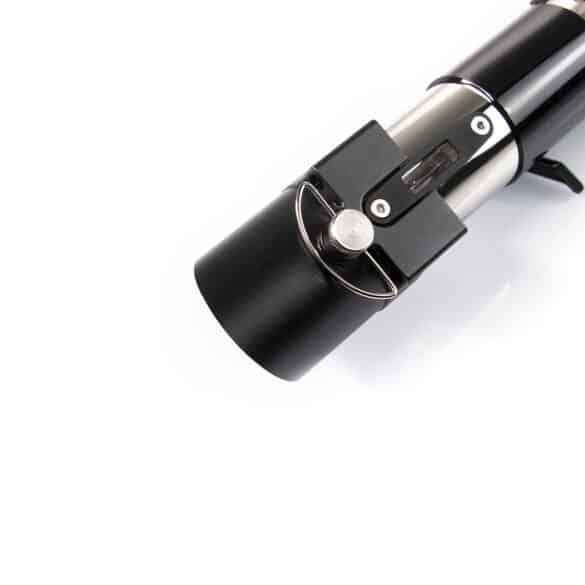 Feel the power of the Dark Side with this customized saber, crafted to beautifully replicate the weapon of Lord Vader himself! This is the perfect addition to your collection to put the finishing touches on your cosplay, or to rule the galaxy. 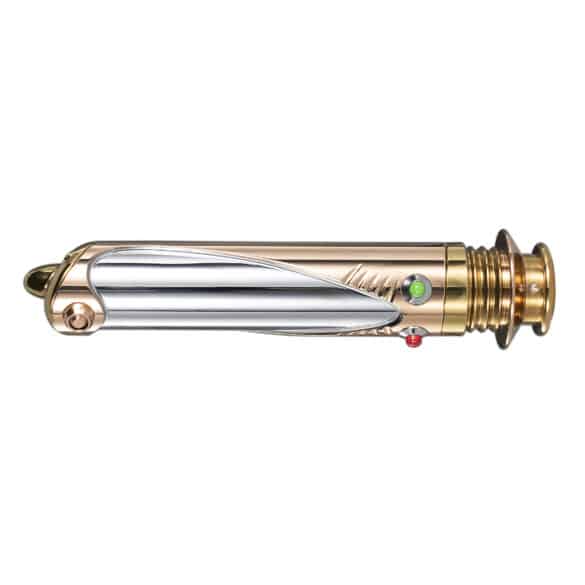 Feel the power of the Sith with saber, beautifully crafted after that of Darth Sidious himself! The gold and silver combo with smooth, sweeping curves is reminiscent of the aesthetic of the High Republic era.

The Graflex is one of the most iconic saber styles out there. This one is modelled after Rey's, complete with leather grip! 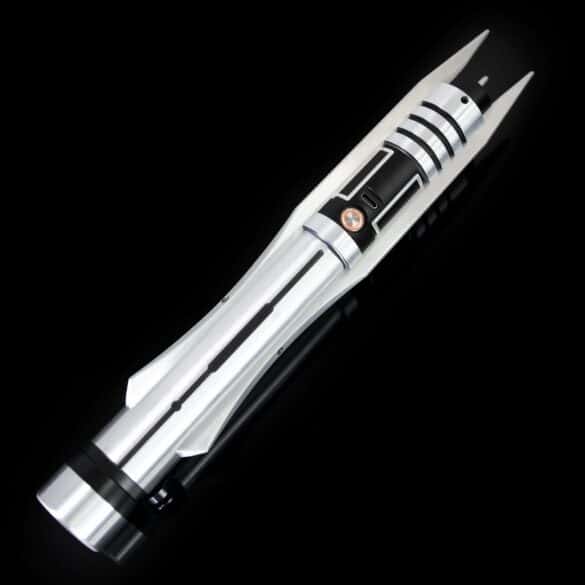 Revan, after turning to the dark side and becoming a Sith Lord, he took on the name Revan and formed an Empire to conquer the galaxy, contending with the Republic. Our Revan saber is not only a perfect and authentic replica of his saber , but also the true feel of a real saber with its full metal hilt. 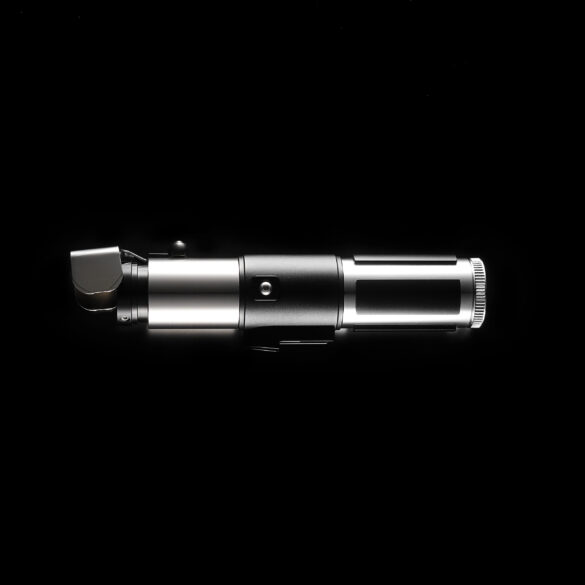