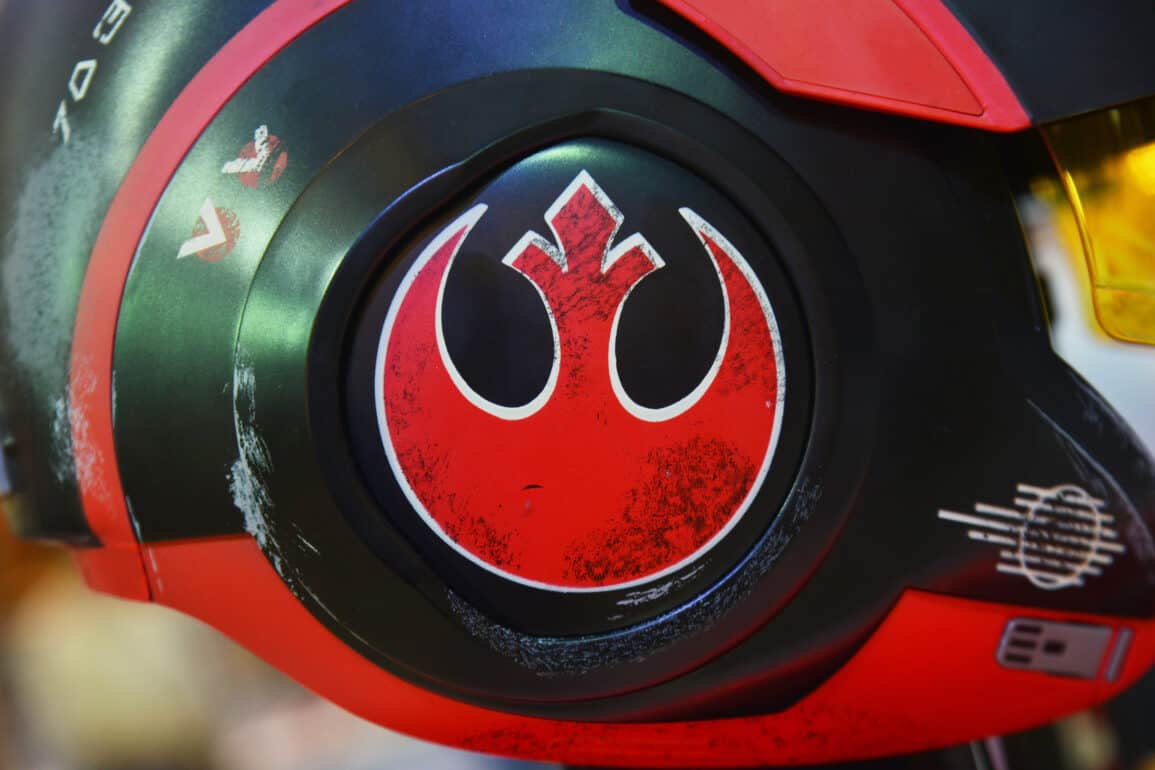 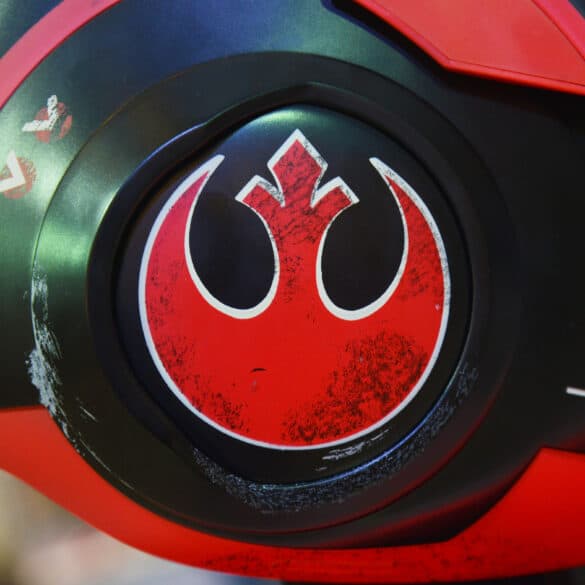 How did the Rebel Alliance in Star Wars Start?

Home
Star Wars Wisdom
How did the Rebel Alliance in Star Wars Start?

The Rebel Alliance, also known as the Alliance to Restore the Republic, was a group formed in direct response to the tyranny of the Galactic Empire. For those who grew up watching the original Star Wars trilogy, the Rebel Alliance is a symbol of hope. This ragtag group of rebels fought against overwhelming odds and, against all expectations, brought about the downfall of Emperor Palpatine and his forces. So, how did the Rebel Alliance in Star Wars Start? In this post, we’ll take a brief look at the history of the Rebel Alliance, from its origins following the Clone Wars to its transformation into the New Republic.

In the early days the rebellion was a small, disorganized group of Senators and other influential people who opposed Emperor Palpatine’s rule. The group was known as the Rebel Alliance not only because they resisted the Empire, but they also lacked an official name.  It took a while for the Rebel leaders to build trust and faith in each other as well as the movement.  The final events of Rogue One really cemented the Alliance together.

The Rebel Alliance was a resistance movement formed by Bail Prestor Organa and Mon Mothma to fight the Galactic Empire. The roots of the Rebel Alliance can be traced back to the Clone Wars, when a group of Senators and Jedi known as the Delegation of 2000 seceded from the Galactic Republic in protest of its increasing militarism. The Delegation was eventually joined by Bail Organa, who shared their concerns about the Empire’s growing power.

Notable members of the early rebellion included Bail Prestor Organa, Mon Mothma, Jan Dodonna, Leia Organa, and Cassian Andor. The rebels were led by a council made up of many of these individuals. The rebels operated out of secret bases scattered throughout the galaxy.

The first major victory for the rebellion was the Battle of Yavin, in which Luke Skywalker, along with the rest of Red Squadron, destroyed the Death Star. This battle marked the beginning of the end for the Empire. In 4 ABY, the Empire was defeated at Endor and Palpatine was killed. Following the death of Emperor Palpatine (and subsequent destruction of the Death Star…again) at the Battle of Endor, the Rebel Alliance reorganized into the New Republic.

The New Republic eventually defeated the Empire, which was still operating as a fractured Remnant with weak central leadership, and restored democracy to the galaxy.With the death of the Emperor, the Rebellion became the New Republic.

Government and the Galactic Senate

The Rebel Alliance was formed at the end of the Clone Wars, a three-year conflict in which the Galactic Republic and the Confederacy of Independent Systems (aka the Separatists) fought for control of the galaxy. Following the Republic’s victory, Emperor Palpatine declared himself ruler of the galaxy and began dissolving the Galactic Senate in an effort to consolidate power to himself.

Many of the petition-signers in the Delegation of 2000 were arrested and detained.  Following the Battle of Kashyyyk at the end of the Clone Wars many members of the Delegation withdrew their signatures as an action to show loyalty to the new regime.  However, many of these senators and leaders continued opposing Imperial rule in secret.

Not content to live under Imperial rule, a group of senators went into hiding on Lothal and began plotting against the Emperor. These senators were soon joined by others who shared their desire for freedom, including former Jedi Ahsoka Tano and clone trooper Capt Rex.

In the beginning, the Rebellion relied heavily on pirates and smugglers to outfit their cause with weapons and equipment.  The Rebels simply did not have the support or resources to effectively raise a formal military.  This led to a shaky start for the Rebel Alliance as they were forced to employ volatile and unpredictable agents.

Mon Mothma, one of the key leaders of the Rebellion, reached out to various factions across the galaxy in an effort to build alliances and secure resources. One of these factions was Saw Gerrera’s Partisans, a group of freedom fighters who were willing to use any means necessary to overthrow Imperial rule.  Much of the Rebel leadership disapproved of Gerrera’s brutal tactics, but had few other options at the time.

As Palpatine tightened his grip on the galaxy, more and more people and systems joined the Rebel Alliance in their fight against Imperial tyranny. With each new recruit, the Rebellion grew stronger and more capable.  It took about ten years, but eventually the Rebels were able to raise a formal fleet including capital ships, frigates, destroyers, bombers, fighters, transports and shuttles.  Rebel ground forces were also becoming more organized and better equipped to take on Imperial troops and walkers.

How did the Rebel Alliance in Star Wars Start?

The Rebel Alliance had its origins in the Clone Wars, but a new conflict that saw ordinary citizens forced to fight against an increasingly oppressive and powerful Galactic Empire was on the rise. In the wake of the war, many of these citizens turned to rebel groups in order to continue the fight against Imperial oppression. As a result the early Rebellion was really a collection of cells that operated quite independently of each other.

These rebel cells soon came together under the leadership of Mon Mothma and Bail Organa, two key figures in the early days of the Rebellion. With their help, the Rebellion began to grow in strength and number, attracting recruits from all walks of life. Among their ranks were soldiers, diplomats, smugglers, and even Jedi who had survived Order 66 – a directive issued by Emperor Palpatine that called for the extermination of all Jedi.

Ahsoka Tano, a former Jedi and survivor of the Purge, acted for the Rebellion under codename Fulcrum.  Her years of experience with the Jedi Order and fighting in the Clone Wars armed her with the skills to gather intelligence, organized and run Rebel cells, and issue missions.  Ahsoka was not alone in this and, gradually, the Rebel network expanded its influence, capabilities, and impact.

The conflict between the Rebel Alliance and the Galactic Empire wasn’t considered an actual war until the destruction of the first Death Star, when the Emperor dispatched his forces to crush the rebel base on Yavin IV.  Prior to these events the Rebels were regarded as very loose network of cells–some Imperial leaders even regarded them as terrorists.

The galactic civil war raged on for years after the rebels’s victory at Yavin 4. The Empire was relentless in its pursuit of the Rebel Alliance, and the Rebels were constantly on the run. However, they managed to stay one step ahead of their pursuers, hidden away in remote bases like the one on the ice planet Hoth. The empire finally tracked them down to Hoth, and the resulting battle was catastrophic for the rebels. However, even in defeat, the rebel alliance managed to strike a blow against the empire, and the fight continued.

The Rebellion’s finest hour came at the Battle of Endor. Facing overwhelming odds, the rebels managed to destroy both Death Star battle station – dealing a grave blow to the Imperial military and central leadership. This victory also saw the death of Emperor Palpatine, finally bringing an end to his rule.

Rise of the New Republic

After years of fighting, Emperor Palpatine was finally defeated at the Battle of Endor by Luke Skywalker and Darth Vader. With Palpatine dead and Vader gone, there was no one left to lead the Empire. Without a central authority to maintain order, Imperial star destroyers began withdrawing from rebel-controlled worlds across the galaxy. Sensing that victory was within their grasp, Mon Mothma formally declared The Rebellion as The New Republic—an organization dedicated to restoring democracy to the galaxy.

In the aftermath of Endor, Leia Organa took on a leading role in establishing the New Republic – a government that would seek to restore democracy and freedom to a galaxy that had been plagued by war for far too long. Although it would take many years and come at great cost, the dream of the Rebel Alliance was finally realized with the formation of this new galactic government.

The Rebel Alliance is one of the most iconic factions in all of Star Wars. Over three short years, they went from being a small group of former senators and Jedi into taking on an entire Galactic Empire. Though they were ultimately successful in defeating Emperor Palpatine and restoring democracy to galactic society, it would not have been possible without the courage and determination of every single Rebel fighter.